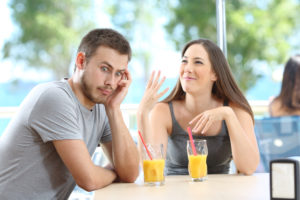 Once upon a time, I would’ve been mortified if people thought I was BORING.  Now?  It’s like a point of pride.  That’s called growing up.

There’s an organization called the Dull Men’s Club, and they put out an annual calendar featuring the most boring people in the U.S. and the U.K.

And in most cases, it’s someone who collects something or studies something that’s just not interesting enough to deserve that level of attention.