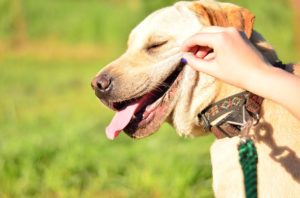 Do you feel like your dog is part of your family?  Of course you do.  Most people do.

And a new study out of Washington State University figured out WHY . . . it’s all thanks to women.

The researchers found that women formed early bonds with dogs just as dogs were becoming domesticated, and as a result, quote, “[Dogs] were more likely to be included in family life.”

Women are responsible for dogs getting names, sleeping on furniture, and getting funerals when they passed away.  And that’s how dogs became SO important to people and bonded with us so well . . . which is still going on today.

The researchers say, quote, “Dogs are everywhere humans are . . . they have been able to thrive.  They have hitched themselves to us and followed us all over the world.  It’s been a very successful relationship.”