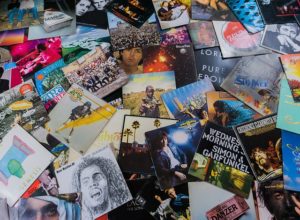 If it was any other year, this would be pretty shocking, but 2020 just about has me fully numb.  Still, it’s a little crazy.

Which isn’t all THAT surprising, since the world is pretty much moving to streaming and digital music . . . and records are the only physical medium that’s “trendy” right now.

(I know some of you kids are trying to bring back cassette tapes, and I need you to know this:  I am willing to go to WAR with you, and I’m not alone.  Those of us who lived through that hell are NOT interested in going back.)

Streaming is up 12%, and accounts for more than 85% of music industry revenue.  (CNN)