Guns N’ Roses legend Slash has penned the forward for the forthcoming book from Megadeth’s Dave Mustaine “Rust In Peace: The Inside Story Of The Megadeth Masterpiece”. The book is set for release September 8th.

According to a synopsis: “‘Rust In Peace: The Inside Story Of The Megadeth Masterpiece‘ details the making of Megadeth’s iconic record ‘Rust In Peace’, which was released in 1990, at an incredible time of flux and creativity in the rock world.

“Relayed by Mustaine, the book covers the process of hiring the band and supporting cast, of trying to handle the ensuing success, and ultimately the pressure of fame and fortune-which caused the band to finally break-up. In short, it’s a true story of groundbreaking anti-pop that was moving toward the mainstream (or the mainstream that was moving toward the band), at a time of great cultural change, power, ego, drugs, and other vices that went hand-in-hand with rock and roll, circa the late eighties-early nineties.

Rust in Peace: The Inside Story Of The Megadeth Masterpiece can be pre-ordered here. 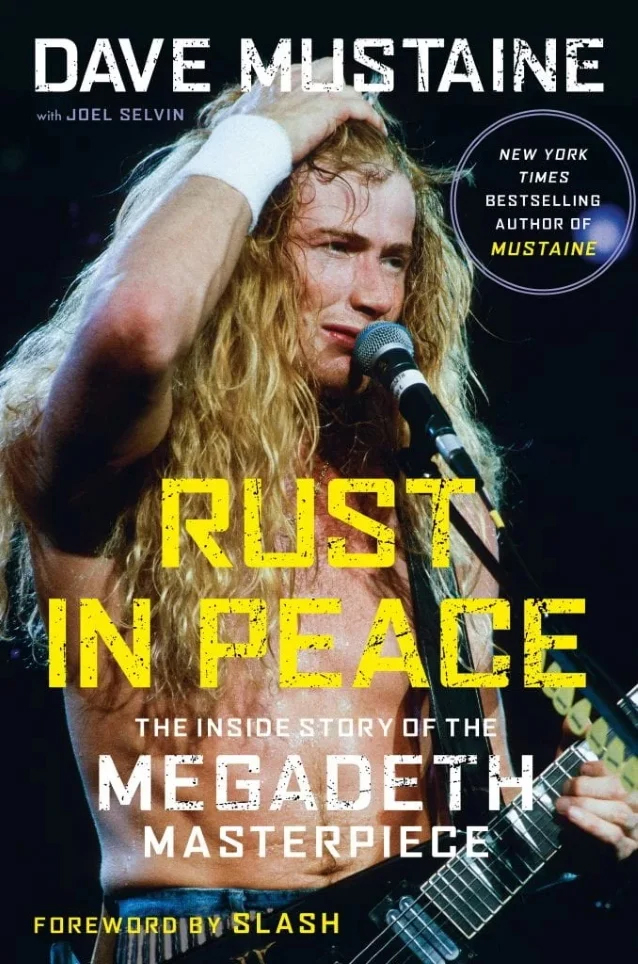 Via consequenceofsound.net
The book focuses on the making of the classic 1990 thrash album and arrives September…
07/17/2020 4:32 PM