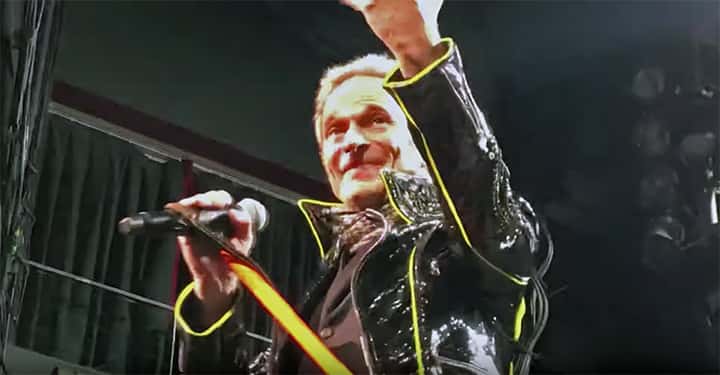 There’s been no official word on EDDIE VAN HALEN’s health, other than rumors that he’s battling cancer again.

But in a recent interview, DAVID LEE ROTH said, quote, “Ed’s not doing well, and singing and dancing is a perishable skill.

“If you have the capacity, it’s something that has to be used routinely, if not for the thrill of it and the magic of creating with other incandescent spirits.”

(You can check out UNCENSORED videos of all the songs, and man, some of them are painful.  WARNING:  There’s profanity in some of these videos.)

(He does tell a lot of interesting stories, though.  And hey, at least he’s not FAKING IT, like some of these older rockers do.)