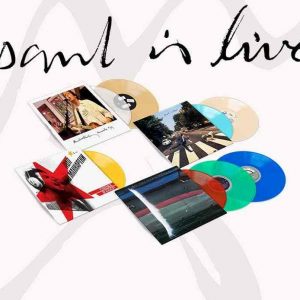 He performed “Truckee Blues” at Moody’s Bistro and Lounge in 2003, then he did it again in 2004! It is not known if any recordings of those performances exist, however, Paul McCartney’s reissues of his four of live albums – Wings Over America, Paul Is Live, The Russian Album, and Amoeba Gig are now available at retail and online. It’s a trip down memory lane for all. When the Beatles stopped touring on Aug. 21, 1966 after their legendary performance at the now defunct Candlestick Park in San Francisco, little did we know that Paul would soon take Wings to the masses with state of the art audio and lighting. His latest tour featured a reunion with him and Ringo Starr for an end of the tour treat. KOZZ would like to share with you Paul McCartney in his own words talking about his live performances.

Who’d like to taste some finely aged 50 year old Led?