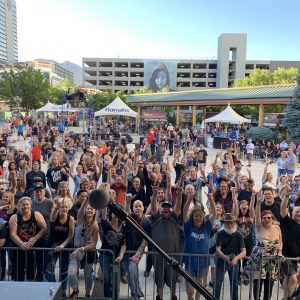 Downtown Reno- by the Reno Arch, at Harrah’s Outdoor Plaza, the Summer kick off Rock Party/ Block Party was the place to be for two of Rock’s best bands- Great White and Skid Row. Both bands have recently found new singers to bring the magic of their music to new heights. Mitch Malloy of Great White and ZP Theart of Skid Row, both knocked it out of the park! Starsound Audio provided the concert sound that was spot on. KOZZ was on site and Max Volume hosted the event with onstage interaction with the crowd. Harrah’s did a great job with bringing the party to town. Great White’s performance was power packed with that unmistakable So Cal sound that rocketed them to the top of the charts in the 80’s. Skid Row’s no holds barred set of blistering and intense songs reminded everyone how great they are. Friends gathered at the plaza for a great night of rock n’ roll! 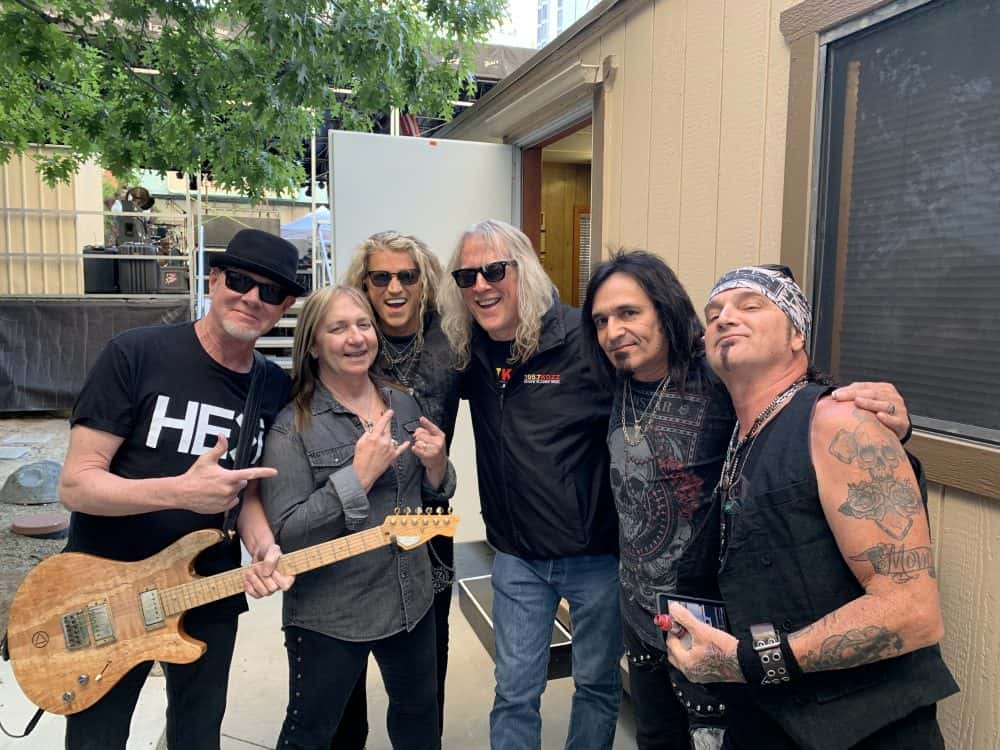 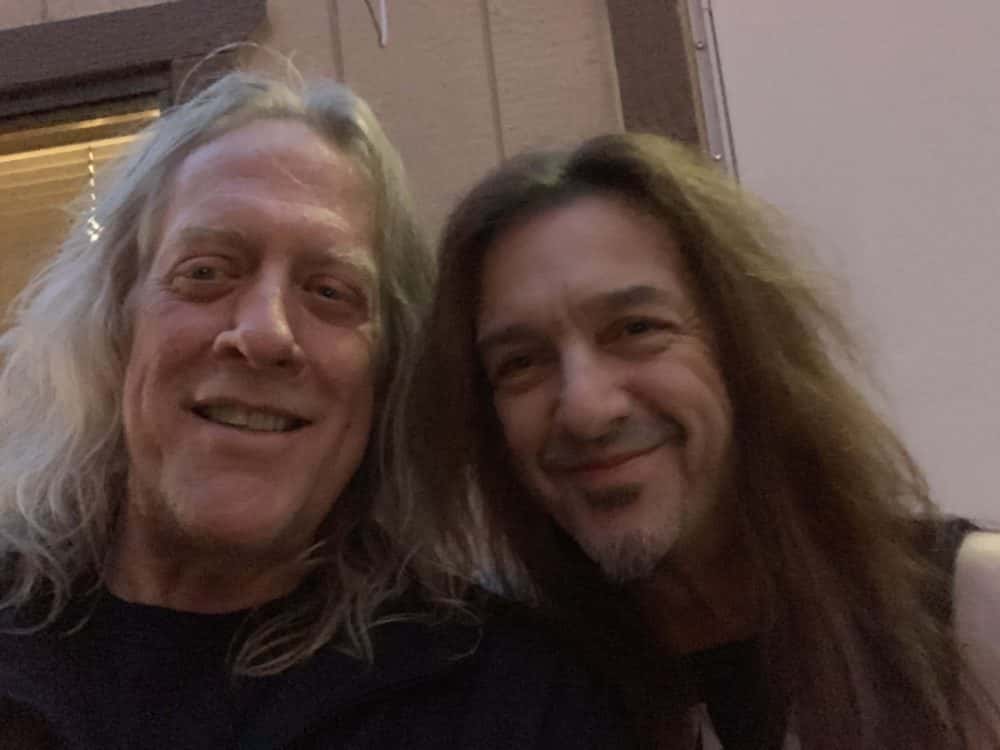 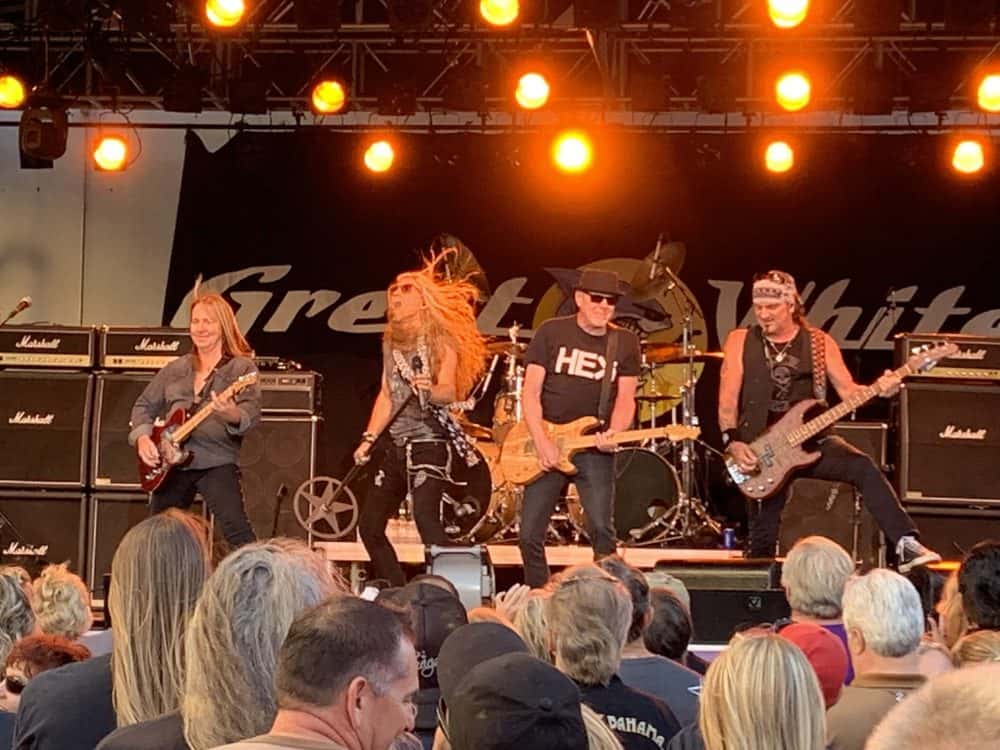 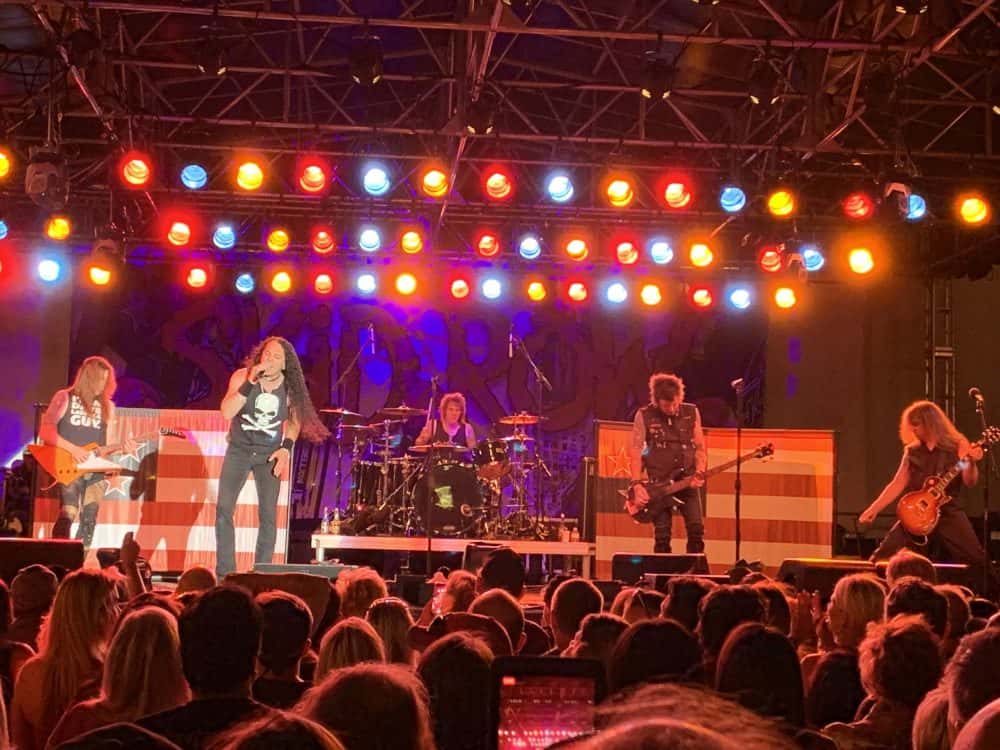