When the iconic movie “Woodstock” was released in 1970, something was definitely missing. 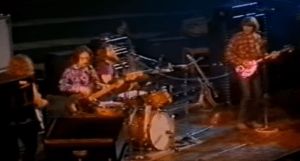 Creedence Clearwater Revival’s performance kept getting pushed back time and again, until they finally hit the stage well past midnight.

It’s been 50 years and during that time CCR did not allow their set to appear in the 1970 movie or on the soundtrack.
Long ago Woodstock made history on August 16th, 1969.

Now Creedence Clearwater Revival’s “Live at Woodstock” is set to be released on August 2nd. 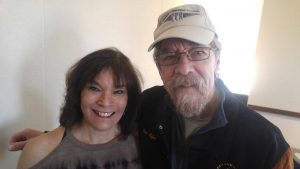 Their 11 song performance will be available on CD and as a digital download, as well as a two-LP vinyl set.

This marks the first time in history that their entire performance has been fully released.

CCR original members Doug Clifford and Stu Cook have made the Reno-Tahoe area their home for years, dropping by KOZZ on the fly when ever the time just to say “hi!” 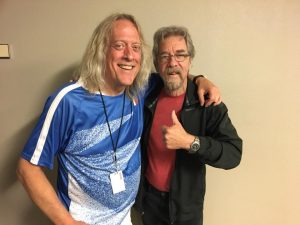 KOZZ’s Max Volume & Doug Clifford of CCR
KOZZ is excited about this new release as the setlist can be found below: