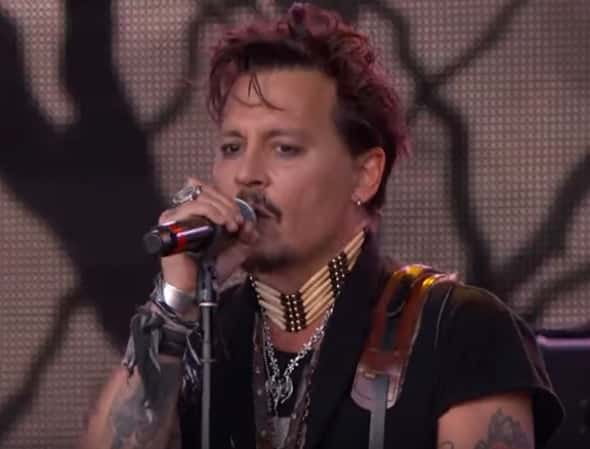 Well according to Joe Perry, (not to toot his own horn…errr’ guitar?) the supergroup Hollywood Vampires are the best kept secret in Rock n’ Roll. They are an American rock supergroup formed in 2015 by Alice Cooper, Johnny Depp, and Joe Perry to honor the music of the rock stars who died from excess in the 1970s. Who wouldn’t love this band is a more accurate question.  Named for a pack of famous musicians that Cooper used to drink with in the early ’70s, including John Lennon and Keith Moon, Hollywood Vampires (which also includes Cooper’s drummer, Glen Sobel, guitarist Tommy Henriksen and bassist Chris Wyse) first got together in 2015 to jam and play covers, and the rest as they say has become history.

Now, on their second studio album, (that they never thought would happen), “Rise” includes  this cover of Bowie’s “Heroes”. Amongst a few more covers and originals, its awesome. I think so anyway…

What do you think? Leave it in the comments below…