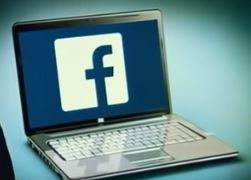 Last week, at the conclusion of a long busy day I checked my Facebook notifications (having not looked at it all day). Upon logging in, I was prompted to answer the following question: “Do you think Facebook is good for the world?”.  Huh… I was stumped for a minute.

Then, I just spilled the truth from my heart, out thru my keyboard, to Facebook, like we were having a lovers quarrel. When I was done, I read over what came out of me, and I was a little impressed; like I was somehow taking my independence back. I felt strong as I clicked send. But before I did, I copied what I wrote. I’ve decided to share it today for you take as you will. I get that social media has its role in culture and business today, however I am just considering for myself how big that role needs to be. Here’s what I wrote:

In theory I think Facebook has given humanity an opportunity to be more connected, in many positive ways. We are able to view the world essentially thru Facebook’s eyes, and connect to people we never would be able to otherwise. This has enhanced our ability to stay close to far away loved ones among many other things.

That being said humanity has taken this good thing and the opportunities that come with it and made it a bad neighborhood to hang out in. I won’t even start on how much the political aspects to our world have been negatively impacted by Facebook. Nobody knew the Pandora’s Box we were jumping into when we made the switch from MySpace all those years ago. In fact, take a look who is in the White House; a reality TV star. It’s really not that surprising at all.

On a more personal level we are connecting in narcissistic, unhealthy ways. Some would go as far as to say that it’s become “Evil”. Its like miracle grow for our defects of character. People are literally dying to get the best profile picture, or faking vacations, to make themselves “look better” to their “friends”. We spend countless hours a day comparing our insides to other peoples outsides. With the dishonesty portrayed on social media, the cards are stacked against us. It’s taking its toll on our mental health. Our children are literally competing with our phones for our attention, and using the kind of tactics neglected drug babies use.

Since your asking, I’d like to take now as the opportunity to tell Facebook that the “Facebook Live” feature is irresponsible and reckless. I instantly foresaw people committing horrific acts while going live, that Facebook would in no way be able to control before people are traumatized by witnessing; a murder spree or a graphic suicide. Or even worse, viewers may become immune to that content. It’s not too late to roll that back by the way. Get rid of it, please. Recorded video messages would give the same opportunity to share content, with much more control-ability.

Are we conflicted now as to whether we should be participating in something so destructive to our “World” as you ask? I sure as hell am.

I felt great after hitting send, and only a little like I just broke up with Facebook.  Once Max Volume heard that I had given Facebook a piece of my mind, he wanted in on the action and wrote the following on his page…

“Dear Mark; a couple things. #1 Please install a “contact us” button so we can communicate with questions and concerns. Maybe open a call center, and give people jobs. #2 How about some real privacy? Stop snooping around our friends and making those terrible “Friendversary Videos”. We have our own videos to share. #3 Stop snooping around our posts and making those awful “April Moments” or year in review type of videos. Facebook was the coolest thing in the world, please make it cool again. #4 Please stop creating events with us as a host every time we mention a friend’s band’s show or a community event.  Anybody else have some constructive input for Mr. Zuckerberg?”

How about you, do you have something to get off your chest to Facebook?

CHECK OUT THE LATEST SHOWS ON THE CONCERT AND EVENT PAGE