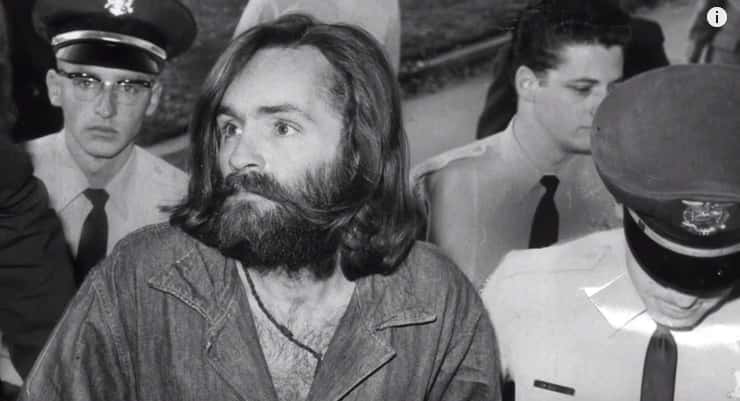 Growing up in Los Angeles in the 60s was a magical time. Great movies and TV shows were being filmed. Great music was being recorded. In my neighborhood there were set directors, producers, and a lot of people who worked in the entertainment business. My Father was the Chief Deputy Coroner of Los Angeles County. He knew all too well the pit falls of show business. The morgue was full of dead guitar players. He had already weathered Marilyn Monroe’s death, The Watts Riots and Bobby Kennedy’s Assassination.

One day the family went to picnic at Griffith Park, near the famous Merry Go Round. At the same time there was a large gathering of people that were protesting the Viet Nam War and staging what they called a “Love In.” My Parents and Grand Parents knew it was their right to assemble, but felt it would be better if we left, since TV News trucks and Police had gathered.

The true Hippie ethic was “Peace and Love.” Peace and Love, with a reverence to all life forms. The flowers, the streams, and the animals were all included. Mother Earth was being polluted. Animals were treated inhumanely before slaughter. Hippies were all about “love one another.”

Charles Manson was not a Hippie. A commune leader who was taking LSD along with his followers, he influenced and prepped a hit squad to carry out a very violent string of murders. He had a very bizarre and twisted take on reality and influenced others to rise up and start a race war. The seven Tate–LaBianca murders of August 9–10, 1969 sent the L.A.County basin into panic and fear.

Arrests were made, a story unfolded, and my Dad worked very closely with Vincent Bugliosi (Los Angeles County district attorney’s office). At this time people like Tom Brokaw and Jerry Dunphy (TV News Anchors) called the house all the time. At one point my father was talking to Vincent Bugliosi about a connection to the Beatles “White Album” due to the hand written (in blood) “Piggies” and “Helter Skelter” found at the crime scenes (which were song titles from the album). He asked if he could borrow my copy to take to work while they tried to solve the crimes. It would be a long time before I saw it again.

Charles Manson was a master manipulator. He was completely psychotic. Yet he had a talent to brain wash others. Although he was never convicted of murder (Manson did not physically participate in the murders at the Tate LaBianca homes) My Dad and Vincent Bugliosi worked in tandem (The Coroner’s Office and the District Attorney’s Office) and they used circumstantial evidence to show that he had orchestrated the killings to put him in prison.

Hippies had nothing to do with Charlie Manson. Charlie Manson was not a Hippie. Yet the sway of public consensus was that long haired young people were Manson followers (murderers). I remember being pulled over late one night in the late 70s, being grabbed by my hair, dragged out of my El Camino and being accused of being a Mason follower. I told the Sheriff “My Dad helped to lock him up!”

Goodbye Charlie, may your next life know love… 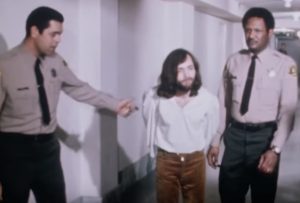 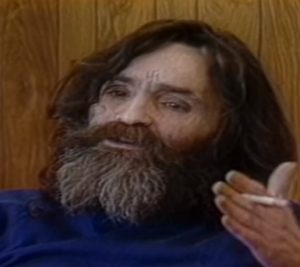 Here locally, The Volunteers Of America Program is helping people to get off the streets and lead productive lives. It is the most vulnerable that fall prey to the evil that walk amongst us.